We could supply different kinds of the bumper mould with P20 and 2738 steel ,especially for the hot-runner and runner-less car bumper mould.

When the plastic melt is thermally stable, it is possible to completely eliminate the need to regrind runners by using runnerless molds. One common type is the hot runner mold. In this bumper mould, the plastic is injected into an insulated runner plate that is kept slightly above melt temperature by a separate set of electric cartridge heaters and then through the runner channels and insulated nozzles into each cavity . In effect, this is a runnerless operation since there is no runner regrind. The hot runner plate is thermally insulated by an air gap. 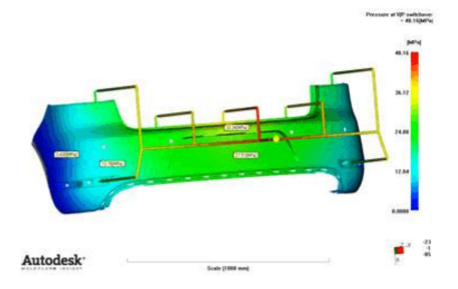 Hot-runner car bumper moulds have numerous advantages as a consequence of elimination of sprue and runner regrind. There is no material loss or contamination from regrinding and no extra cost in blending regrind with virgin resin for automotive company. There is no degradation of polymer, especially in optical and electrical properties, due to regrind usage. No energy is wasted in regrinding or in melting and cooling regrind. There is an effective increase in shot capacity and reduction in required mold-opening stroke. Cold runners have a tendency to catch on other mold parts during ejection, and this problem is eliminated. The bumper mould fills faster and balanced flow to the cavities is more readily accomplished.

To control drool and yet prevent freezing, hydraulically operated gate valves or valve gate systems have been developed . Valve gates are compact hydraulic cylinder/valve pin assemblies for positive individual gate shutoff. At a preset time, the hydraulic cylinders retract at each gate, permitting melt flow. Secondary timers set the positive closure of each valve to occur after optimum preset fill time has expired. This eliminates overpacking or underfilling at each gate. The system manifold and nozzles are temperature controlled to prevent thermal degradation of the melt. This complex system helps control cavity filling and end bumper product properties, especially for large, multigated parts and family moulds. Family moulds make different parts for a common assembly, and inherently have unbalanced flow. Valve gate systems can be adjusted to compensate for unbalanced flow and to run with minimum rejects in these situations. This is vital where regrind is not allowed because of rigid product specifications, such as in medical or optical products.

A simple alternative to heated hot-runner bumper moulds is to provide sufficient thermal insulation in the runner plate to keep the plastic from freezing. In an insulated runner mold a low thermal conductivity plastic skin, formed toward the end of injection next to the surface of the runner walls, insulates the bulk of the plastic flowing through the channel. The diameter of the runner is about twice that for a cold-runner system. One disadvantage is that machine stoppage for 15 s or more may result in runner freezing, requiring partial disassembly of the mold to remove the runner.

Runnerless bumper molds have become popular for long production runs where extra mold cost and setup time can be absorbed by bumper mold maker . Valve gate systems are susceptible to contaminants in the melt stream that can clog nozzle valves. The three-plate mold is an alternative when simplicity and lower cost are important, and where runner regrind is not excessively costly. 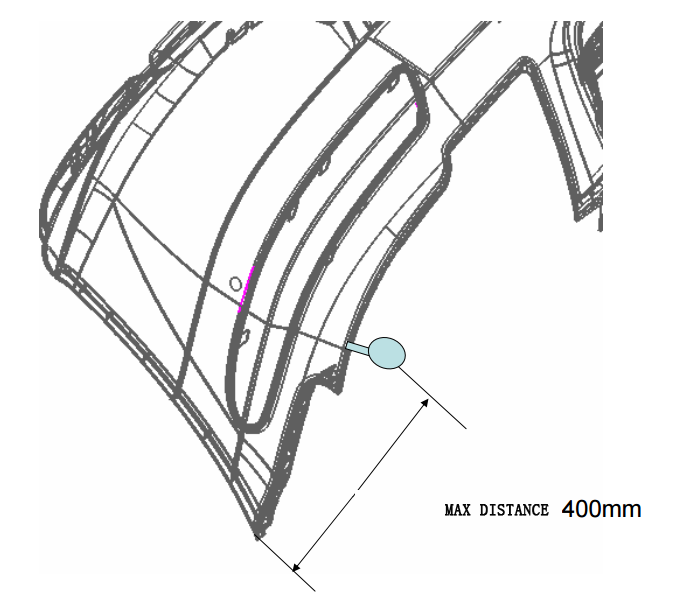